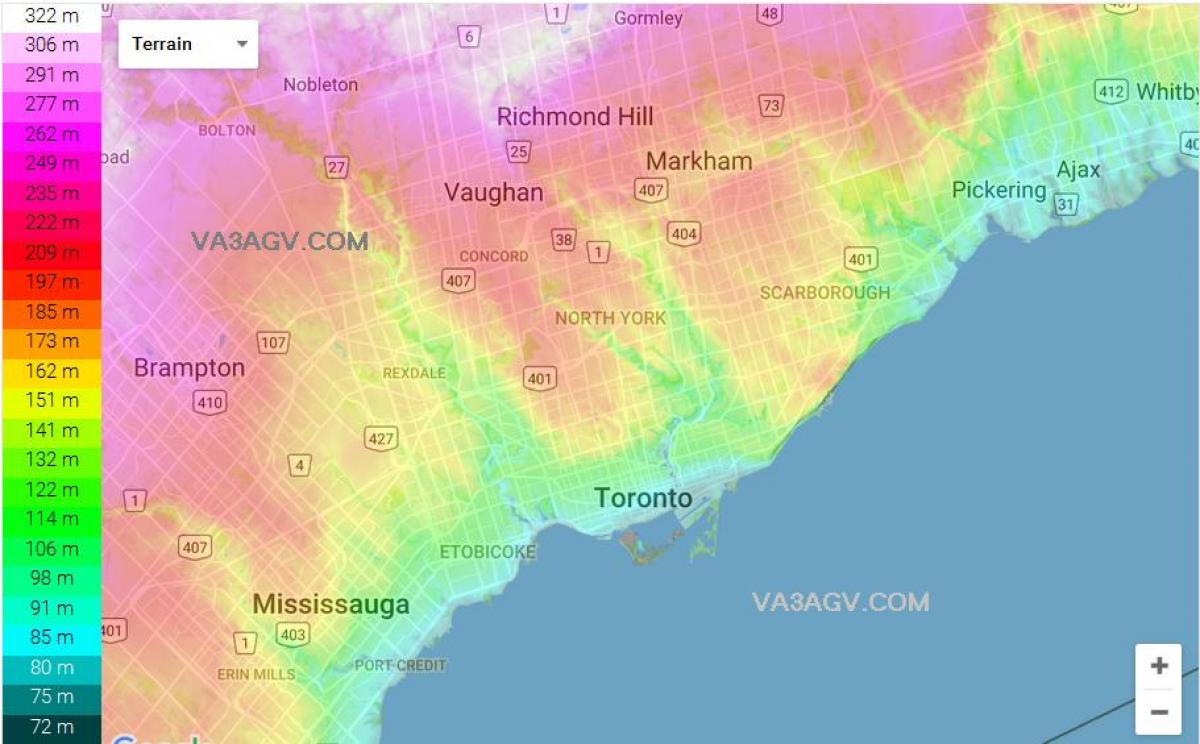 Toronto elevation differences range from 75 metres (246 ft) above-sea-level at the Lake Ontario shore to 209 m (686 ft) ASL near the York University grounds in the city north end at the intersection of Keele Street and Steeles Avenue as its shown in Toronto elevation map. There are occasional hilly areas, in particular midtown Toronto has a number of rolling hills, some of which are of considerable height. Lake Ontario remains occasionally visible from the peaks of these ridges as far north as Eglinton Avenue, 7 to 8 kilometres (4.3 to 5.0 mi) inland.

The highest point of elevation in Toronto is actually located in the north end of the city, at the intersection of Steeles Avenue West and Keele Street as you can see in Toronto elevation map. This high elevation point is located within the York University campus grounds. At 209 metres above sea level, this is the highest point in the city of Toronto.