You can find on this page the Toronto bike map to print and to download in PDF. The Toronto bicycle map presents the bike routes and lanes of Toronto in Canada.
The Toronto Bike Plan, in the Cycling and transit chapter, aims to improve accessibility to bikes on transit as well as parking at transit locations (see Toronto bike map). 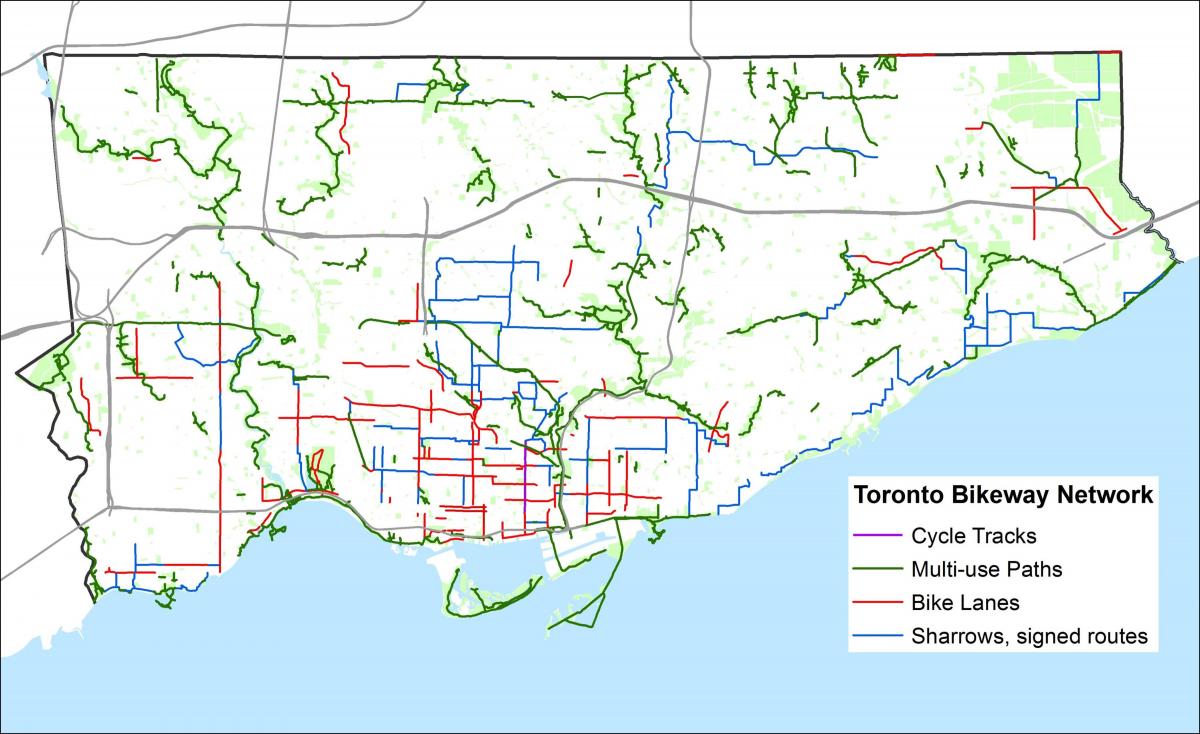 Toronto, like many North American cities, has slowly been improving its biking lane (see Toronto bike lane map). At the same time the number of cyclists has been increasing progressively, particularly in the core, as cycling conditions improve, a biking culture strengthens and alternatives such as automobiles are seen as expensive and cumbersome.

Toronto has an official Toronto Bike lane Plan to create a city-wide biking network of on-road, off-road bikeways, signage and parking as its shown in Toronto bike lane map. The other major prong of the bike lane plan is education and promotion to reduce the number of collisions/falls and to increase the number of people who bike.

The Bike lane Plan is a major program to dramatically expand the network through on-road bike lanes, signed routes and off-road multi-use paths. The goal is that by 2011 any cyclist in the city proper should be within a five minute ride of a designated bike route. The network is planned for 1000 km of bikeways including 500 km of on-street bike lanes, and another 250 km of off-road paved trails as its mentioned in Toronto bike lane map. As of 2008 about 400 kilometres of the 1000 km proposed bikeway network is in place.