You can find on this page the Toronto zipcodes map to print and to download in PDF. The Toronto zip code map presents postal codes, address lookup and code list of Toronto in Canada.
Toronto postcodes are like this: M4J, M6G, M6N and M6S, corresponding to the first three characters of a postcode as its mentioned in Toronto postcodes map. The postcode second set of three, numeric-alpha-numeric, corresponds to specific postal delivery zones and can sometimes narrow down an area to one specific side or block of a street, depending on population density. 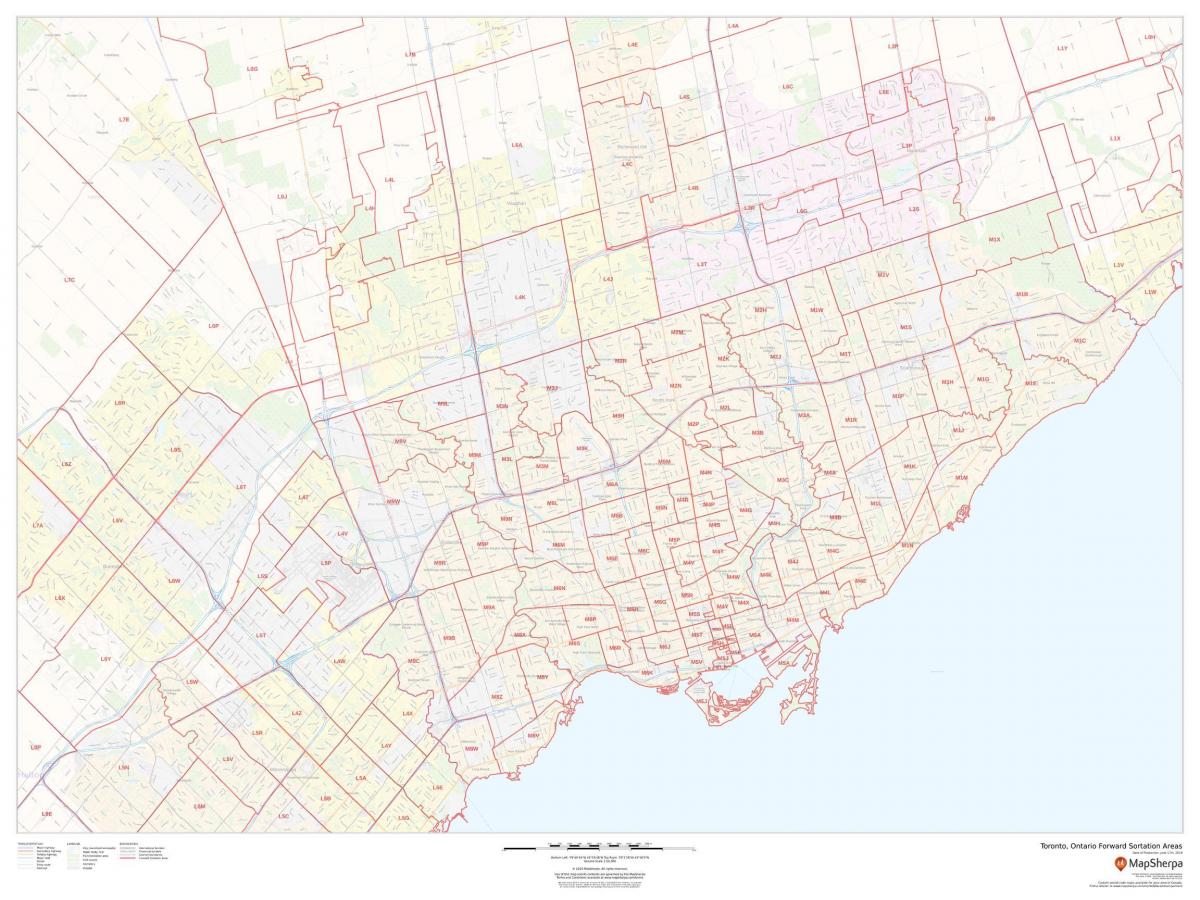 Because of Toronto size as a city, as well as how much area the Greater Toronto Area covers, regionally ( the ‘letter-number-letter’ first half of a postcode is assigned based on proximity to a mail depot as you can see in Toronto postcodes map) and even in a relatively small chunk of ‘core Toronto’ two address’ postcodes will often be different. Sometimes side-by-side neighbours will have two different postcodes, however minor the difference.

Toronto does not have a single postcode as its shown in Toronto postcodes map. The only similarity the GTA postcodes all seem to share is that they begin with the letter ’M’ (then the other five letters and numbers) it was originally an arbitrary reference to ‘Metro’ (as in Metro Toronto) which otherwise meant very little.

All postal addresses in Toronto (and only in Toronto) have a postcode starting with M as you can see in Toronto postcodes map, so if you see a postal code that starts with L or any other letter of the alphabet, you can be sure that that address is not within the formally defined City of Toronto boundaries.