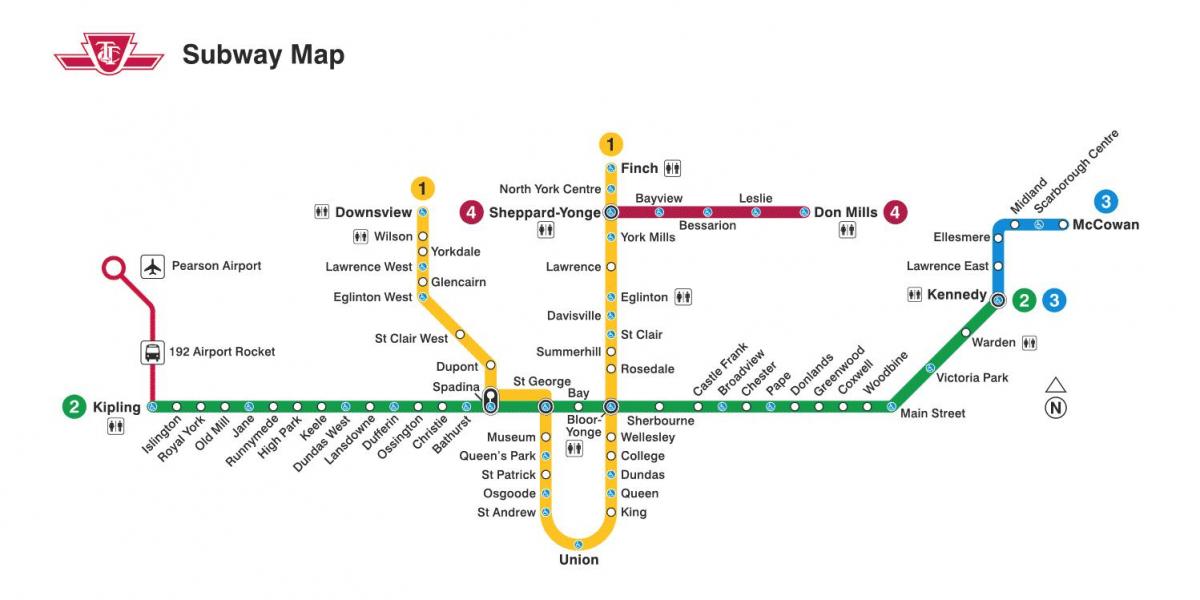 The primary transport system in Toronto is the Metro, which is structured around Line 1 (Yonge-University) that runs in a U, and Line 2 (Bloor-Danforth), which intersects the U at the centre of the city as its shown in the Metro map of Toronto. Other, more recent additions include metro Line 3 & Line 4, both of which cover specific parts in the north and east of Toronto that were previously only covered by infrequent bus services.

Single rides on all TTC metro transit in Toronto costs CA$3.25 (roughly $2.50), but if you are planning to rely on Toronto public transportation for more than just the occasional ride, it is a good idea to purchase a day- or week-long pass (see the Metro map of Toronto). Day passes cost CA$12.50 (less than $10) and weekly passes cost CA$43.75 (about $34).

Toronto metro run very frequently, as often as every two minutes in rush hour and about every five minutes at other times. Service runs approximately 6 am to 1:30 am, with a 9 am start on Sundays as its mentioned in the Metro map of Toronto. All subway trains stop at all stations along the line (there are no "express" trains or diverging routes). 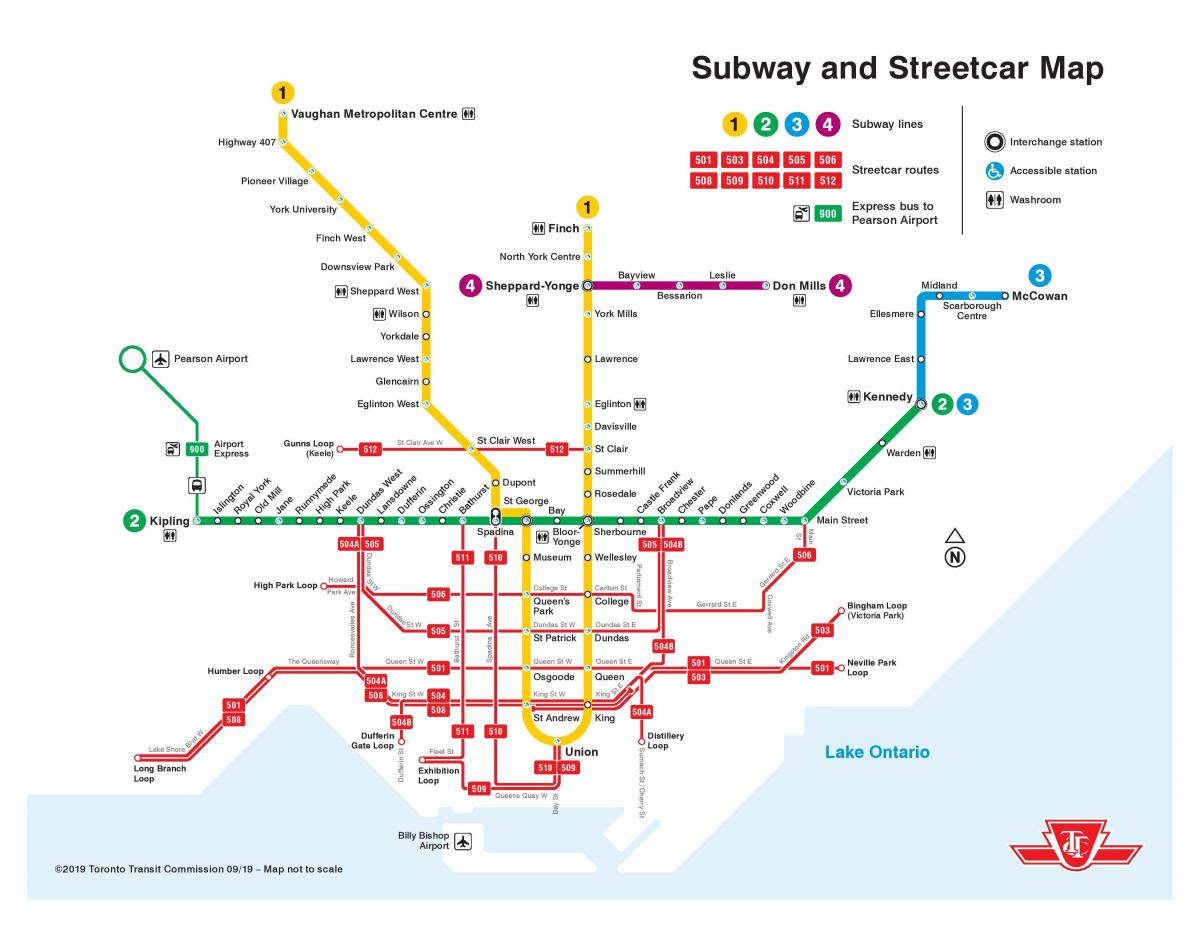 It was Canada first completed subway system, with the first line being built under Yonge Street as its shown in Toronto subway map, which opened in 1954 with 12 stations. Since then, the subway system has expanded to become Canada largest rapid transit rail network and the second busiest, behind the Montreal Metro, in number of daily ridership, encompassing four lines and 69 stations on 70 kilometres (43 mi) of track.

Downtown Toronto lies within the U-shaped part of Toronto subway Line 1 (Yonge-University-Spadina, shown in yellow); the Yorkville area is along Line 2 (Bloor-Danforth) between Bloor-Yonge and St. George stations as you can see in Toronto subway map. The subway system is a very popular mode of public transport in Toronto, with an average of 1,054,200 passenger trips each weekday (as of Q4 2011).

Each subway station in Toronto has at least one staffed entrance which accepts all fares, including day passes and transfers as its mentioned in Toronto subway map. Other entrances are automatic and accept tokens and weekly/monthly passes only. If paying with cash or tokens and switching to a streetcar or bus later in the same trip, get a paper transfer from the small red machine just past the turnstiles.